Somebody sneaked into David’s office yesterday and stole his laptop, PDA and his wallet. The stupid thief took the laptop, but didn’t take the battery and the adaptor with him. Well….this type of thing happens all the time. It shouldn’t be a big deal, and most of the lost should be covered by insurance anyway. However, I am still a little bit traumatized.


His store got robbed twice and now the stuff inside the office got stolen. Is Millwoods really an unsafe area? Or the public security is really going worse and worse in Edmonton now?


I just got a phone call from my ex co-worker from the branch I worked before. They got robbed yesterday. Thank God that I don’t work there anymore. Otherwise, I would be scared to death and maybe pee on my pants. However, the robbers here are usually very gentle. They usually just pass a small note to the teller and tell the teller to give them money. It’s not like the robbery we see on movie. Usually robbers just want money, and they don’t really want to hurt anybody. Well……I guess the robbers here are easy to be satisfied huh? The robber yesterday got only CAD $4000, which is equivalent to TWD $116,000.


When I first got the job at the bank in Canada, I was surprised that a customer may not be able to make a few thousand dollars withdraw if the customer didn't call ahead to make an arrangement. The banks here just don’t carry that much cash. Can you imagine that happens in Taiwan? A customer wants to withdraw TWD $200,000 and the bank doesn’t have it?


Anyway, I am at work now……..It’s Friday afternoon and I don’t really feel like working. That’s why I am writing this post in English. Gotta go…….I will talk to you guys later…….

The insurance they have has $1000 deductible. It means they are not going to claim it, 'cause the stuff they lost doesn't worth much more than $1000. If they do claim it, they are gonna have a record there and the insurance premium will probably increase. Too bad. >_< 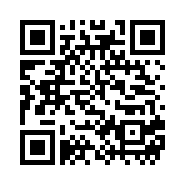